Shouldn’t smartphones have a passport app? 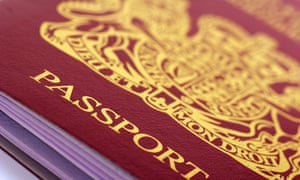 Nothing matches that instant of cold fear when you realise you’re a long way from an essential item that you’ll need imminently. “You’ve brought some identification, haven’t you?” asked my wife as we headed off to the premiere of Spectre (where the presence of royalty might mean proving your identity before entering the premises).

Ah. Well, that depends. I had tickets, a credit card and a smartphone. Would any of those count as “identity”? And what on earth is identity these days?

The tickets? Not a proof of identity, only of ownership; I might have mugged someone, Bond-style, to infiltrate the inner circle of 5,000 at the Albert Hall. The credit card? Ditto. The smartphone? Slightly different. In there – protected by a passcode and/or fingerprint – were my Twitter and Facebook accounts, and a login identity, and photos. Would those details be enough to verify my identity? I suspect that for the low-ish bar needed that night, they would. Show a photo; log in on Facebook and show the profile photo; show the Twitter account, perhaps send a tweet.

None of that would really be proof against a determined intruder; assuming they’d got past the passcode or fingerprint, they could have prepared fake photos, change the profile photos, passwords. But that’s assuming they get past the passcode/fingerprint challenge. And that isn’t so simple. You can set very long passcodes that will take forever to slog through or pick a fingerprint that is trickier to counterfeit, such as your little finger, to unlock your phone (though most will use a thumb). That’s effectively our identity, even if a royal protection officer might not agree.

But the smartphone is increasingly becoming our principal identity. Besides holding photos social networks, emails, and phone numbers it’s also becoming a mobile wallet, capable of buying things just as easily as a credit or debit card, and access to a bank account via an app.

So why hasn’t the smartphone taken the next step, and replaced the physical passport? In 2012, a Canadian man crossed into the US using only a scan of his passport, which he displayed on his iPad. The guards who let him across were reprimanded: a scanned copy of a passport “is not a secure document”, pointed out an MP.

But this is the crux. What is a passport for? In general, to prove you are who you say you are; to get one, you have to pass various cumbersome identity checks such as parentage, birth certificate and so on. Then you’re given a small book of paper or card (with an embedded NFC chip, in the UK and about 60 other countries). Couldn’t that go in a smartphone?
Advertisement

A passport is valid for up to a decade, whereas we often replace smartphones. Wouldn’t the next step be to have a verified “passport” app on our phones – which has had all the same checks as a real passport – that could only be unlocked by our fingerprint?

The important point is that the government wouldn’t get our fingerprint; that stays on the phone. The passport app would hold the same details – photo and other details – as the physical one. Obvious objection: what if someone steals your phone, hacks it, and changes the fingerprint used to unlock it, and then the details in the passport? Clearly we’d need more defence; perhaps encrypt the passport app using data points from an image of your face, confirmed by an official.

But this is like carrying around an ID card — something we’ve fought in the UK for years. The difference though is that it would be optional, not obligatory. The aim is convenience, not surveillance. You only have to watch Spectre to know we don’t want too much of the latter.