RKN Global enhances the security of countries, their citizens, and businesses through state-of-the-art digital identity verification and through consultancy services in the fields of anti-money laundering, compliance, due diligence, security and dispute resolution.

Ronald K. Noble is the founder of RKN Global and currently serves as one of its principal consultants.

Between 2000-2014, Mr. Noble was elected three times to serve as INTERPOL Secretary General, and became the first official to visit all of its 190 member countries. He transformed INTERPOL into a global, 24/7 enterprise–regularly deploying Incident Response Teams (IRTs) worldwide to confront serious crimes, terrorist attacks, and natural disasters.

Highlights of his tenure include:

Increasing INTERPOL Stolen and Lost Travel Document (SLTD) database searches from less than 1,000 to over 800 million annually while increasing arrests globally by 600 percent;

Between 1993-1996, Mr. Noble served as Assistant Secretary and then Under Secretary for Enforcement of the US Treasury Department, with direct responsibility for the US Secret Service, US Customs Service, Bureau of Alcohol, Tobacco, and Firearms, and the Financial Crimes Enforcement Network.

He was elected President of the G-7-created Financial Action Task Force in 1995, and served in the US Justice Department as Assistant US Attorney and Deputy Assistant Attorney General from 1984-1989.

Mr. Noble received a BA from the University of New Hampshire and Juris Doctorate from Stanford Law School with distinction.

He was named to France’s Legion of Honor, knighted by the Vatican and received high honors from several countries, including Singapore, the US, Pakistan, Colombia, Cameroun, Russia and the Ukraine.

Marjam Lindsbro is owner and Managing Director of RKN Global.

Prior to joining RKN Global, Ms. Lindsbro was CEO of EITEC, a company offering project experience in the fields of electrical engineering, energy, mechanical engineering, automation, electronics, IT and telecommunications.

In addition to her extensive background in Management, Business Administration and Mechanical Engineering, Ms. Lindsbro also has significant experience in sales and marketing, having worked for six years as sales and marketing director at Goodtech Products and Services AB.

She holds an M.B.A. from London Business School and a Bachelor of Science Degree from the Paris School of Business, in addition to degrees in her other areas of expertise. 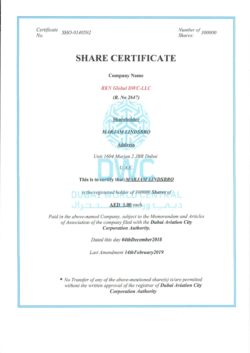